Having completed a detailed technical assessment of AquaSpira Steel Reinforced Polyethylene Pipes, the UU Balfour Beatty Network Construction Alliance selected the first phase of their Douglas UID’s scheme to undertake a formal trial installation of AquaSpira pipes.
The pipes were to be installed up to 4m deep alongside the A49, one of the main routes into the centre of Wigan. The purpose of the trial was to measure and assess the technical performance of the pipes, whilst also assessing the logistics and installation efficiency compared to concrete pipes, which have historically been utilized for this type of application.

Programme Improvements - derived from the ease and speed of installing light weight, yet robust spigot & socket pipes. Installation speed was accelerated too due to the massive 30% reduction in excavation compared to that required for concrete pipes. These, and other benefits, resulted in a reduction in overall programme time of 2 Weeks!

Structural Performance – Using the ‘Ovalization’ calculation from BSEN1295, average deflection was predicted to be 1.4%. Pipes were measured in the trench prior to backfilling and were confirmed to be perfectly circular. Pipes were then measured 4 days after installation in order to measure initial deflection, which was found to be 2.2%. The 0.8% variance was attributed to actual ground conditions being poorer than anticipated, with the pipe responding exactly as it is designed to do so. The 2.2% figure was still well below the 6% permissible figure and was therefore deemed to be perfectly acceptable.
Critically, the pipes were re-measured 2 months after installation and there was no measurable change in deflection demonstrating, as expected, that the pipe/surround structure had reached equilibrium and stability within 4 days of installation.

Health & Safety – weighing in at just 182Kg’s, compared to 3,620Kg’s for concrete pipe, handling and installing the AquaSpira pipes was concluded to be much safer at every stage, from off-loading to final jointing. Safe & efficient jointing was enhanced by the use of AquaSpira’s innovative Jointing Frame.

Delivery and Offloading – this was an important aspect of the project because pipes needed to be offloaded on a busy main road, with overhead cables present at one location. A standard load of 1200mmØ AquaSpira pipe contains 48m, compared to just 15m for concrete pipe, resulting in more than a threefold reduction in vehicles to be offloaded. Pipes were also delivered in packs of 4, enabling the full 48m of pipe to be safely offloaded in a fraction of the time taken to offload a single 15m load of concrete pipe.

Community Relations – the substantial reduction in deliveries, offloading time and programme minimized the impact of the project for the local community, both in terms of timescale and operational activity.

Conclusion – on completion of the first phase, Project Manager, Tim Bradshaw, and the UU Balfour Beatty Network Construction Alliance team concluded that the use of AquaSpira pipes had delivered genuine and substantial benefits to every aspect of the project. This was reinforced by the team’s immediate decision to use AquaSpira pipe on the next phase of the Douglas UID’s scheme and other similar schemes. 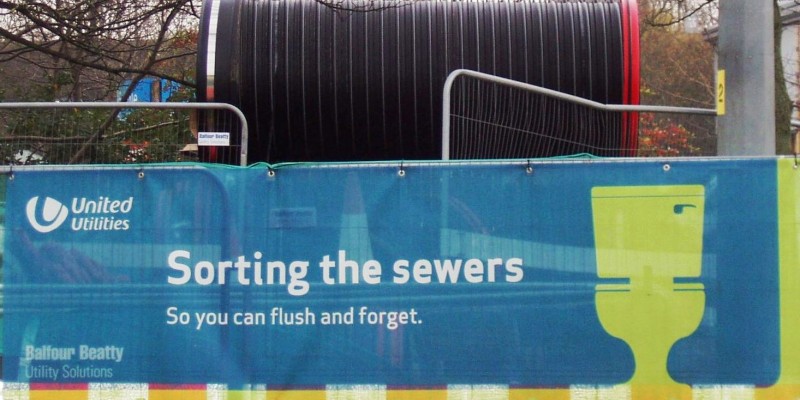 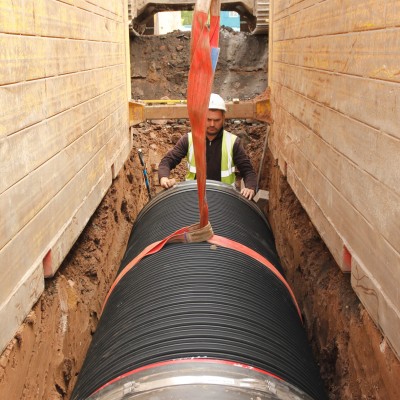 People we are working with